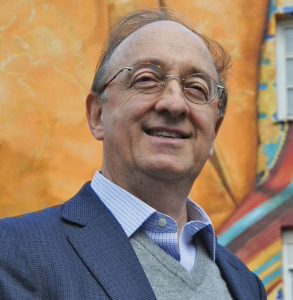 Guillermo Fernandez de Soto is known for his successful career in Colombia, his country of origin, occupying important positions in both public and private sectors. Prior to entering CAF as Director for Europe, he was Minister of Foreign Affairs of Colombia, Secretary General of the Andean Community, President of the Inter-American Juridical Committee (IAJC) of the OAS, Ambassador of Colombia to the Netherlands and to the Organization for the Prohibition of Chemical Weapons. President of the Bogotá Chamber of Commerce, President of the Ibero-American Association of Chambers of Commerce (AICO), Director of the Inter-American Commission of Commercial Arbitration, Dean of the International Relations Faculty for the University ¨Jorge Tadeo Lozano¨ in Bogota, President of the Colombian Committee of Economic and Social Council for the Pacific Basin, President of International Relations Colombian Council (CORI), Board Member of the National Financial Institutions, Consultant, Arbiter and Advisor on international and trade affairs, among others.

He has published a large number of works regarding the international relations of his country, Latin America and regional integration, among others The Universe is the Limit and The Possible Illusion.

Mr. Fernandez de Soto also has a strong academic background in law and economics from the Javeriana Pontificia University, specializing in Socio- Economic Sciences and studies in International Relations from Georgetown University, as well as in Negotiation and Conflict in the Conflict Management Group in Boston, MA.