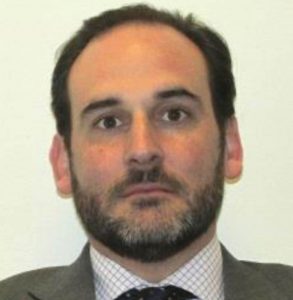 Representative of the Inter-American Development Bank for Europe and Israel

Ignacio Corlazzoli, an Italian and Uruguayan citizen, was appointed Representative for Europe and Israel in May 2016. In 2012 he moved to Madrid to open the new IDB Office in Europe serving as Chief of Operations. The Office in Europe focuses on strengthening strategic alliances between the IDB and all 16 European member countries and Israel.

Mr. Corlazzoli’s previous responsibilities at the IDB include working as Advisor to the President of the IDB, working on issues related to Haiti and institutional capacity strengthening, as well as working at the Board of Executive Directors representing Uruguay, Paraguay and Bolivia.

Mr. Corlazzoli holds a degree in Law from the Catholic University of Leuven and a Master Degree in Political Science from the London School of Economics.