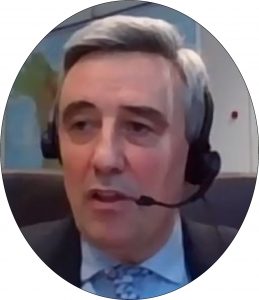 Javier Niño Pérez is working as Director/ Deputy Management Director for the Americas in the European External Action Service (EEAS) as from 1 June 2020.

He has been awarded the National Orders of Burkina Faso and Haiti and the Officer's Cross of the Order of Isabel the Catholic (Spain).