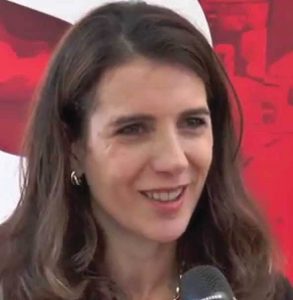 Maria Cristina Russo is the Director for International Cooperation in DG Research and Innovation since July 2013. She is responsible for promoting research and innovation cooperation with international partners in order to: strengthen the EU's scientific excellence and attractiveness; foster its industrial competitiveness; tackle global societal challenges; and support the EU's external policies, including trade, development and enlargement. From 2010-2013 she served in DG Health and Consumer Affairs as the Head of Unit for "Financial Services and Redress". During 2004-2010 she served within the Secretariat General of the Commission as a Head of Unit, where she was responsible for the units in charge of" Relations with the Council-Coreper I", "Co-decision" and "Strategic Objective Security and Justice". From 1999-2004 she served as a member of the Cabinet of Philippe Busquin, Commissioner for Research. From 1995-1999, she was a policy officer in the Secretariat General in the unit responsible for "Relations with the Council-Coreper I".

She joined the European Commission in 1992 as a policy officer in DG External Relations, dealing with "Relations with the New Independent States of the Former Soviet Union".

Maria Cristina studied Political Sciences at the Luiss University of Rome and has a Master's Degree in European Studies and a Research Master's from the College of Bruges.