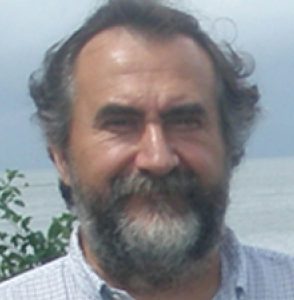 Ángel Corbí is PhD. in Biological Sciences at Complutense University of Madrid, and he finished his formation as “Research Fellow” in the Department of Pathology in Harvard University (Dana Farber Cancer Institute and Center for Blood Research); funded by post-doc fellowships from Juan March Foundation and NIH (1985-1990). After that, he joined as Assistant to Molecular Biology Unit at La Princesa University Hospital (1991-1994) and later, as Visiting Scientist in Imperial Cancer Research Fund (Londres, 1998). Since 2000, he is Research Professor at CSIC in “Myeloid Cells Lab” in the Center of Biological Research; where he headed projects with public and private funding. He is an expertise in molecular immunology, and has contributed to structural and functional characterization of leukocyte integrins, and to the identification of transcription factors employed in its expression. Recently, he has identified inflammatory and homeostatic markers of human macrophages. Nowadays, his research interest is focused on molecular principles of macrophages so as to keep the tissue homeostasis, and the solution of inflammatory pathologies (arthritis rheumatoid, cancer) and the identification of membrane receptors for pathogen receptors such as HIV, Ebola, Leishmania, Candida…

He has directed 12 PhD theses and is the author of one book, some books chapters and more than 120 peer-review papers at interantaionla journals. He was associate editor of The Journal of Immunology (2012-2016) and now is Editor of The European Journal of Immunology (2013- ) y Scientific Coordinator of CYTED (Iberoamerican Program for Science and Technology for Development).