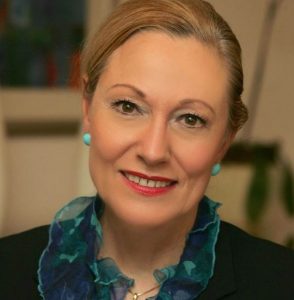 Benita Ferrero-Waldner is a career diplomat who has been Secretary of State and Minister of Foreign Affairs in her native Austria, and Commissioner of the European Union (2004-2010). She began her professional career in the private sector in the 1970s and entered the Austrian diplomatic service in 1984. In 1995 she was Head of Protocol to the Secretary General of the United Nations, Boutros Boutros-Ghali, and from 1995 to 2000, Secretary of State for Foreign Affairs of Austria. In early 2000, Benita Ferrero-Waldner became Minister of Foreign Affairs, a post she maintained until October 2004. In 2000, she was also President of the Organization for Security and Cooperation in Europe (OSCE). In January 2004 she stood for the office of President of the Republic of Austria. At the end of the same year, she became European Commissioner for Austria in the Barroso I Commission, taking the office of Commissioner for External Relations and Neighbourhood Policy until the end of 2009 when she became Commissioner for Trade, a post she held until February 2010.

Today, in addition to being President of Spanish Foundation Euroamerica, she is Board Member of various foundations: Fundación Princesa de Girona, Fundación Bertelsmann, Fundación Novia Salcedo and enterprises: Munich Re, Cremades & Calvo Sotelo Abogados, Gas Natural and President of the UN Voluntary Trust Fund for Victims of Trafficking in Persons (UNVTF).