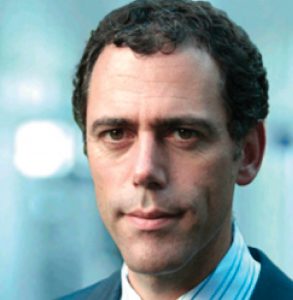 Mr. Rodríguez holds the position of Head of Telefónica’s Brussels Office, leading its regulatory and public policy team in the interaction with the EU institutions since May 2013. In this capacity he is currently representing Telefónica in the Executive Board of European Telecommunication Network Operators Association (ETNO) and the Board of Management of the European Internet Forum.

Prior to this, he was Manager of Regulatory Affairs of Telefónica International USA, Inc. acting as the first permanent representative of Telefónica’s Group in Washington DC.  Within this position he tracked the regulatory policy debate in the US, anticipating potential issues of interest for Telefónica in Europe and Latin America and spreading Telefónica's vision of the sector as a global leader among public and private stakeholders. He was Senior Adviser in EU & International Regulatory Affairs in Telefónica’s Brussels Office between 2003 and 2008.

Mr. Rodríguez started his career in Telefónica as Legal Adviser for the Directorate of EU & International Regulatory Affairs in 1999.

Before joining Telefónica, he worked in the Commercial Office of the Spanish Embassy in Santiago de Chile and in the International Department of Iberdrola Ingeniería y Consultoría.

He holds a degree in Law from the University of Oviedo, Spain and a specialization in foreign trade from the Spanish Institute for Foreign Trade.

Telefónica is a Spanish multinational telecommunications company with presence in Latin America in the following countries: Argentina and Chile (since 1990), Brazil, Central America, Colombia, Ecuador, Mexico, Peru, Uruguay and Venezuela.