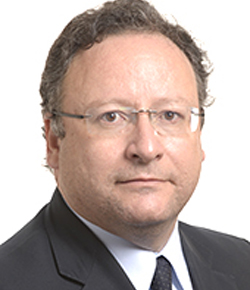 Member of the European Parliament. Chair of the Delegation for relations with Mercosur and member of the Committee on Foreign Affairs (AFET) for EU-Mercosur Agreement

Mr Francisco Assis was born in 1965 in Amarante and has a degree in Philosophy from the Faculty of Arts at the University of Porto. He was the Mayor of Amarante from 1989 to 1995 and since then occupied several positions for the Portuguese Socialist Party; as a member of the Portuguese Parliament (from 1995 to 2002 and from 2009 to 2014), President of the Socialist Parliamentary Group (from 1997 to 2002 and from 2009 to 2011) and Spokesperson of the Portuguese Socialist Party (from 1995 to 1997). He has been a member of the European Parliament from 2004 to 2009 and has been re-elected in 2014. He is the Chair of the Delegation for relations with Mercosur and the Coordinator of the Socialist group for the EUROLAT Assembly. He is a member of the Committee on Foreign Affairs (AFET) and the Subcommittee on Human Rights (DROI) of the European Parliament as well as a substitute in the Committee on Transport and Tourism (TRAN) and in the Delegation for relations with the Federal Republic of Brazil. His main work focuses on all issues related with Latin America and Human Rights issues.