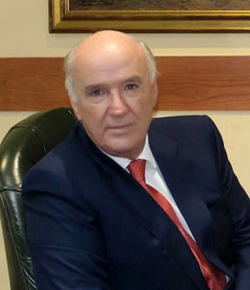 José Antonio García Belaunde, Minister of Peru’s Foreign Affairs for 5 years, has been appointed as CAF representative in Europe.

A career diplomat and Minister of Foreign Relations of Peru from 2006 to 2011, Garcia Belaunde optimized relations with neighboring countries during his tenure. In addition, he launched the Pacific Alliance and promoted the negotiation and signing of trade agreements and the completion of negotiations for the Trade Agreement with the European Union and the approval by the US Congress of the United States-Peru Trade Promotion Agreement (TPA).

As part of his extensive diplomatic career, Garcia Belaunde has served until recently as Ambassador of his country to the Kingdom of Spain. He was also representative in the Latin American Integration Association (ALADI) and served in the embassies of Peru to the United States of America, Ecuador, France, Mexico, and the representation to the United Nations in New York.