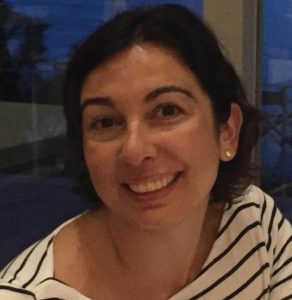 Mercedes García Pérez is the Head of Division for Human Rights in the European External Action Service, under the Managing Directorate for Global issues. Her Division is in charge of dedicated human rights dialogues and consultations with third countries; mainstreaming of human rights policy concerns into EU external policies, including in crisis management, anti-terrorism or migration policy; developing and supporting EU thematic strategies, including the implementation of guidelines addressing specific human rights concerns, such as freedom of religion or belief, abolition of the death penalty, and promoting fundamental rights essential for human and democratic development; preparation of EU policy positions on human rights in both bilateral relations with third countries and in multilateral forums, such as the UN Human Rights Council, the UN General Assembly Third Committee, the Council of Europe and the OSCE. The Human Rights division also maintains close relations with civil society organizations from the EU and third countries working in the field of human rights and is in charge of programming financial assistance and support under the European Instrument for Democracy and Human Rights (EIDHR), as well as contributing to and participating in its implementation.

Ms. García Pérez previously worked in the Civilian Planning and Conduct Capability (CPCC), the body of the European External Action Service that has responsibility for the planning and conduct of EU civilian CSDP operations under the responsibility of the Civilian Operations Commander. As Head of Operations, she oversaw the conduct of ten missions in three continents with more than 2500 international staff on the ground. This included capacity building of security and rule of law structures in Afghanistan, Niger and Palestine, executive rule of law powers in Kosovo, monitoring of peace agreements in Georgia, maritime security in the Horn of Africa and support to integrated border management in Libya. Ms. García Pérez is an official of the European Union since 2003, and has also worked on Development and Africa policy issues. A lawyer by training, from 1998 to 2002 she worked as a Practising Attorney in EU law in Brussels. Until 2011, she was a Member of the Academic Council and teacher at the Institut Supérieur de Management Public et Politique in Paris.

Ms. García Pérez holds an LLM on European Law from the College of Europe in Bruges, Belgium, and Degrees in Law and Literature (Universidad Complutense) as well as a Diploma in Advanced International Studies.