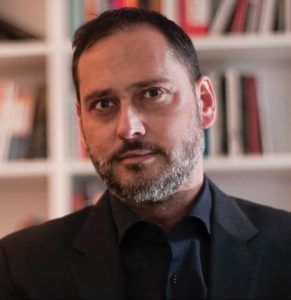 Executive Director of the Inter-American Association of Telecom Operators (ASIET)

Pablo Bello is the Executive Director of the Inter-American Association of Telecom Operators (ASIET) and the Latin American think tank of Telecommunications (cet.la). Pablo is an expert on telecommunications public policies and for the digital development. He is an Economist from the University of Chile and has an MBA from the ESADE Business School. He worked for the Chilean Government from 1997 to 2010. From 2002 to 2006 he performed as Head of the Division of Regulatory Policy and Studies of the Telecommunications Sub-Secretariat and during the Presidency of Michelle Bachelet (2006-2010) he was the Telecommunications Vice Minister. He was part of the Global Commission on Internet Governance and now is a member of the MultiStakeholder Advisory Group of the Internet Governance Forum.

ASIET The Inter-American Association of Telecommunications Entrerprises, ASIET was founded in 1982 under the name of AHCIET and is composed of Telecom companies (public and private) that operate in American countries. We work for the development of telecommunications and the Information Society in our region through public-private dialogue promoting the growth of the industry and promoting the exchange of knowledge and good practices, ensuring the common interests of our partners and the industry.