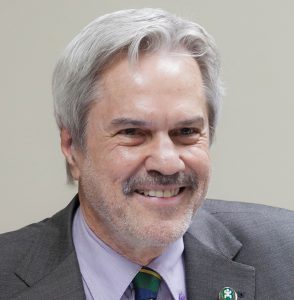 Secretary General of the OEI, Organization of Ibero-American States for Education, Science and Culture

Paulo Speller is a Brazilian academic. He was elected as General Secretary of the Organization of Ibero- American States for Education, Science and Culture (OEI) for the period 2015-2018, beginning his term on January 1 , 2015 .

He was Secretary of Higher Education of Ministry of Education in Brazil (2013-2014). He has experience in Education and Political Science, with an emphasis on State and Government, working mainly with the following themes: education , public policy, education policy, curriculum and foundations of education .

He is a professor of the Institute of Education, Federal University of Mato Grosso, Brazil, since 1980. He was elected Rector from 2000 to 2008.

He presided the National Association of Rectors of Federal Institutions of Higher Education, Brazil, (2006–2007).

In 2010, after being the President of the Implementation Committee for 2 years,Speller became the first Rector of the University of International Integration of the Afro-Brazilian Lusophony (UNILAB). Ha worked as an advisor of UNESCO of the advisory committee for the celebration of the World Conference on Higher Education, 2009. Member, as representative of civil society, of the Economic and Social Development Board - Brazil, (2008-2014). Member of the Brazilian National Education Council (2008-2012) and President of the Higher Education Board of this Council (2010-2012).