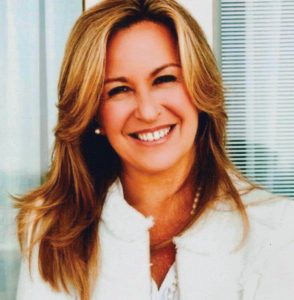 Former Minister of Foreign Affairs, and Health and Social Affairs, Government of Spain

Trinidad Jiménez is a Spanish politician, born in Málaga in 1962. Graduated in Law at the Autonomous University of Madrid, she is an International Relations expert having the opportunity to participate in numerous political and professional conferences and rountables. She has published around a hundred of press articles, and she has travelled all over the world leading international and professional delegations.

Under Prime Minister Rodríguez Zapatero, Trinidad Jiménez served as Minister of Foreign Affairs (2010-2011), and as Minister of Health and Social Affairs (2009-2010). Prior to that, she served as Secretary of State for Latin America (2006-2009). In 2003, she was the Socialist Party candidate for the City of Madrid. In 2000, Trinidad Jiménez was elected Secretary of the International Policy of the PSOE’s Executive Board, being reelected to office in 2004.

For family reasons, between 1990-1995, she lived in Equatorial Guinea, Israel and Cameroon working as a university professor, returning to Spain returning to her political career being responsible for Political Relations with America in the Office of International Affairs of the PSOE for five years, and advisor to the Global Progress Commission of the Socialist International.

During her Law degree, in 1983 she founded the Socialist Students Organization in the Autonomous University of Madrid, joining as a member of the Spanish Socialist Political Party (PSOE) in 1984. From 1985 until 1986, she combined this activity chairing the International Relations Committee of the Youth Council of Spain.

Telefónica is a Spanish multinational telecommunications company with presence in Latin America in the following countries: Argentina and Chile (since 1990), Brazil, Central America, Colombia, Ecuador, Mexico, Peru, Uruguay and Venezuela.