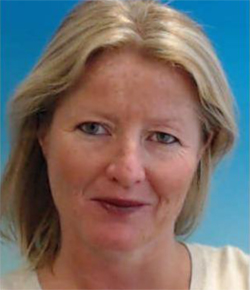 Véronique Hyeulle is adviser for global sustainable development and the external dimension of circular economy within the Directorate General for Environment of the European Commission.

She notably worked for the Directorate General for Internal Market, Industry, Entrepreneurship and SMEs (DG GROW) where she was responsible for the industrial relations with Mercosur, Central and Latin America, Africa and ACP as well as for the Missions for Growth and the external aspects of competitiveness.

She also worked for the Directorate General for Research and Innovation (R&I) and space policy.

Before entering the European Commission, she was Deputy Secretary General of spiritsEUROPE (European Spirits Organisation). She also worked as a senior consultant within world-wide networks of Public Affairs and Communication agencies, "the Entente Communication Group".